Blog
Commercial Debt Collection & Prevention / Our Opinion / How Do I Enforce My Judgment?
Aug 27

How Do I Enforce My Judgment?

A County Court Judgment in itself is no guarantee that you will recover your money. However, unless you take Court action against your debtor, your debt could become time barred by statute. The Statute of Limitations for commercial and Consumer debts is 6 years. So, if you have not attempted to recover your money within a 6 year period, your debtor can enter the defence that the debt is time barred by statute.

Once you have obtained a County Court Judgment however, the Judgment will not be time barred and you can enforce the Judgment at any time in the future, when the debtor’s circumstances may have improved and often when they are not expecting it.

So what happens if the debtor still does not pay after a Judgment is awarded against them? In these circumstances, the Judgment creditor will now have to consider enforcement proceedings. There are several ways in which a Judgment can be enforced and these methods are explained below:

1. County Court Bailiff – The County Court Bailiff is an officer of the Court who is tasked with making visits to the Judgment debtor’s address to recover payment or to recover goods and chattels which will be sold at auction, to realise the money owed to the Judgment creditor. Contrary to popular belief, the Bailiff cannot force entry into a private dwelling, but if there is an open door or window, they are perfectly entitled to enter the building. If the debtor is not able to pay the Judgment debt when the Bailiff arrives, the Bailiff can take ‘Walking Possession’ of the goods inside the property. This means that the Bailiff will make a list of goods at the property and takes ownership of them at that time. The Bailiff will leave the debtor in possession of the goods, usually for one week, after which time, the Bailiff will return and if the debtor is still unable to pay the debt, then the goods will be removed for sale at auction.

3. Application For Oral Examination – If you are unsure of the debtor’s ability to pay, you can summon them to Court for examination under Oath. The debtor would have to attend Court and would have to produce evidence of their income and outgoings, disclose what assets they own, their occupation and salary and they would have to produce their last two years bank statements. In the case of a business, they would also have to produce their last two years accounts. This action can be particularly effective where the directors of a company have simply walked away from the company and ceased trading. If the directors fail to attend Court, they can face a warrant for their arrest for contempt of Court.

5. Third Party Debt Order – If you know that someone owes your debtor money or if you know their bank details, you can apply to the Court for a third party debt order (formerly known as a Garnishee Order). These orders are very often served on the debtor’s bank account and are very effective, provided of course that there is money in the bank. The order will effectively freeze the debtor’s bank account or will compel the third party to pay you instead of the Judgment debtor. This usually causes many problems for the debtor, particularly if they are a business because they cannot draw money from their account, pay wages, write cheques etc.

6. Charging Order – A Charging Order on land or a property is a very effective method of enforcement. It provides the Judgment creditor with security for their debt and virtually assures that the debt will be paid at some stage. Obtaining a Charging Order is quite involved and is fairly costly, so it is only worth considering on larger debts. The Judgment creditor must first apply for an Interim Charge and then has to attend Court for a final hearing. In between times, there are documents that must be served on the debtor, any joint owner and anyone else who has an interest in the property, i.e. the mortgage company and any other charge holder. The Charge secures the debt on the property and will survive even if the debtor declares bankrupt.

8. Bankruptcy – A Bankruptcy petition is a serious legal procedure which will divest the debtor of all assets and will seriously affect their ability to obtain credit in the future. The insolvency level in the UK is very low. A Bankruptcy Petition can be issued (after serving a Statutory Demand) on anyone who owes £750 or more, but it is not an inexpensive procedure. When an individual is made Bankrupt they will initially be interviewed by an officer of the Court, known as the Official Receiver. They will be examined as to what assets they own and what their income and expenditure is. If they have any equity in these assets, such as their home, car, caravan, stocks & shares, savings, Jewellery etc., then the value of these assets will automatically transfer to their Trustee in Bankruptcy, who will then sell the assets and distribute a dividend to creditors. In addition, the Bankrupt’s income and expenditure will be examined and after calculating what they need to live on, if there is any surplus, this will be taken from them, save for £20 per month. This is known as an Income Payments Agreement (IPA) and will continue for 36 months, although the individual will be discharged from Bankruptcy automatically after a period of 12 months. Whilst the individual is undischarged, they have to comply with certain restrictions and must report any change in their circumstances, to their Trustee in Bankruptcy. Bankruptcy seriously affects an individual’s ability to obtain credit or a mortgage at any time in the future.

9. Winding-Up Petition – Very similar to a Bankruptcy Petition but is for limited companies. Again the insolvency threshold is very low in these cases. A Winding-Up Petition can be issued against any company that owes £750 or more. Unlike Bankruptcy, it is not necessary to issue a Statutory Demand, although this can have the desired effect. All that is required is that a formal demand for payment is served on the company. We usually recommend giving 3 days’ notice but it can be as short as 24 hours’ notice. If the company ignores the demand then a Winding-Up Petition can be presented to the County Court. Again, this procedure is not inexpensive so consideration should be given to the prospects of recovery, unless the action is considered to be a matter of principle. When a company is wound up, the Directors are summoned for examination at the Official Receiver’s Office and they must produce all of the company’s books and records. The Official Receiver will examine the directors and the company records and decide whether to appoint a liquidator. The Liquidator will realise all of the company’s assets and will sell them for the benefit of the creditors. If there are sufficient assets, then the creditors will receive a dividend according to their status. The order of status where dividends are concerned are: Secured creditors are paid first (i.e. anyone who holds security for their debt, usually banks or mortgage companies etc.), then preferential creditors (employees) and then unsecured creditors (everyone else). Whilst the petitioning creditor’s debt will rank with the rest of the creditors, the costs are preferential, which means that the costs incurred will be paid before any other creditor. 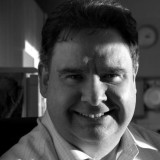